“Sonnet” – A small poem which follow a strict pattern or rhyming scheme.

I have never heard one before, cause I am not much into literature. 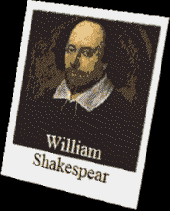 Yesterday when my Sissy said the whole sonnet 116, I suddenly realized the beauty of it. The words are really beautiful and so is the meaning behind them. So here it is…

Let me not to the marriage of true minds
Admit impediments. Love is not love
Which alters when it alteration finds,
Or bends with the remover to remove:
O, no! it is an ever-fixed mark,
That looks on tempests and is never shaken;
It is the star to every wandering bark,
Whose worth's unknown, although his height be taken.
Love's not Time's fool, though rosy lips and cheeks
Within his bending sickle's compass come;
Love alters not with his brief hours and weeks,
But bears it out even to the edge of doom.
If this be error and upon me proved,
I never writ, nor no man ever loved.

Explanation in modern English: I would not admit that anything could interfere with the union of two people who love each other. Love that alters with changing circumstances is not love, nor if it bends from its firm state when someone tries to destroy it. Oh no, it's an eternally fixed point that watches storms but is never itself shaken by them. It is the star by which every lost ship can be guided: one can calculate it's distance but not gauge its quality. Love doesn't depend on Time, although the rosy lips and cheeks of youth eventually come within the compass of Time's sickle. Love doesn't alter as the days and weeks go by but endures until death. If I'm wrong about this then I've never written anything and no man has ever loved.

Popular posts from this blog

How to view Removed OR Private pastes on Pastebin?

By Unknown April 24, 2015
If you are a "Pastebin" surfer, you may come across private or removed pastes. These are the pastes which are removed by pastebin, or user marked them as a private paste. Pastebin lists following message for such pastes: "This paste has been removed!" or "This is a private paste. If you created this paste, please login to view it." Viewing removed or private pages To view these pastes: Drag the following bookmarklet into your bookmarks bar. View Cache Open the private or removed pastebin page. Press the bookmarklet ' View Cache '. The page will open and you'll be able to see its contents. NOTE: Do make sure you enable your Bookmark Bar in chrome before adding. How it works? This bookmarklet opens the cached version of the page from Google servers. PRO TIP: You can use this bookmarklet to view other sites as well, pages which are blocked by your company, school etc.
Read more

By Unknown June 01, 2010
Wow, what a title! Well actually that's not possible. The only reason I used this title is - in this tutorial we will be using .cer certificate and will be converting it to .pfx certificate which will then be used on our phone. (Experience free call to US and Canada visit How to use Gmail Call features outside US ) I have gone through a lot of pages saying that certificates problem with Android OS, how to use WPA2 Enterprise secured network on Android, how to add .cer files to android and many more. I have found solutions to some problems somewhere on the internet, but didn't found all the related information at a single place. So I thought of writing this blog entry dedicated to adding certificates for WPA2 Enterprise secured network. Please note that I have a HTC Hero (GSM) which is having Android OS 1.5 (Yes I resisted myself from rooting it with 2.1, but the official update is coming soon). I will update this entry when I’ll get my hands on Android 2.1 UPDATE: For in
Read more

By Unknown May 04, 2009
Disclaimer: Please note that this article is for information purposes only. Please use this method only for testing purposes. If you want to use full capabilities of software after the trial period, please purchase ‘em. UPDATE (Want to use your favourite applications without Administrator rights… read my latest blog post Web Hosted Applications to find out more ways to run your applications without admin privileges) (Want to Install/Use your favorite applications but do not have administrator privileges to do that… Then please read http://abtevrythng.blogspot.com/2009/08/using-installing-applications-without.html for a workaround) (Experience free call to US and Canada visit How to use Gmail Call features outside US )   Many times we use software that are bound to be used only for limited period, trial versions are available which let users use fully functional software on trial basis for a limited period of time (like 15 days trial) OR in some cases trial versions come
Read more